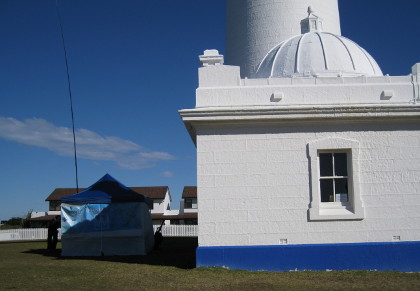 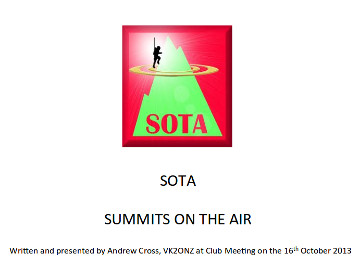 Monthly meetings are held at our clubhouse at 7:30 pm on the 3rd Wednesday of every month except that the Annual Xmas dinner may take the place of the December meeting. The AGM is part of our April or May meeting.

Most months have a major presentation and there is often a "show & tell" section and a discussion of club news and activities.

A number of members have a meal in the bar of the adjacent RSL Club before meetings (from about 6pm) where the food is good and reasonably priced. 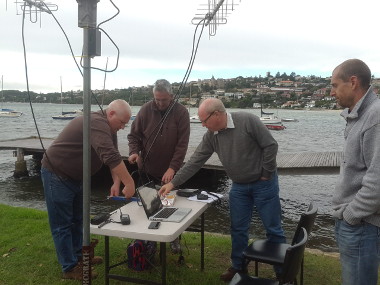 Project days are held on the afternoon of the first Saturday of every month, starting about 1:30 pm. Call up on the Paddington repeater that day to see what is going on. This is a good occasion to help with clubhouse improvements, operate the club station, get advice on faulty rigs and have a ragchew with other members.

These evenings, added to the club's calendar in 2013, are held on the first Wednesday of each month at 7:30pm and are intended to allow members to get involved in amateur radio activities including operating the club station or even their own rigs, help with electronic projects and other hands-on activities.

The club holds an annual auction on a Saturday morning early in July to coincide with school holidays with items for sale consisting of useful radio and electronic equipment. For full details of the auction, go to the auction web page and save up your surplus gear to bring along and your spare cash to buy.

The club radio net operates every Monday at 8:00 pm on the local Paddington 2m repeater. All welcome to join in.

Most Sundays at 0800 gathering in Centennial Park at the coffee kiosk on Parkes Drive near the Duck Pond - for details call on the 2m repeater.

On Tuesdays there is often a working bee at the club during the day from around 10:00-16:00, for details or to check if anyone is there, call on the 2m repeater. 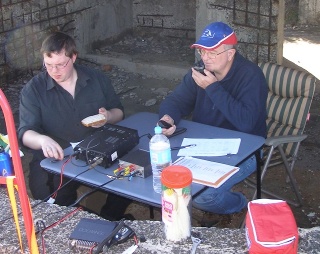 For the past few years the club has had increasing involvement in contests. Some of these involve portable operation including the John Moyle Field Day which takes place during the 3rd full weekend in March and recently the Spring VHF/UHF contest. The Lighthouse weekend is not a contest.

Other contests such as the RD Contest in August, are often run from the club station. See our calendar for details of future contests that the club intends to participate in.

For details of particular contests refer to the contest pages on the WIA website.

There are photos of previous events in our photo gallery.

For the past few years the club has taken part in the International Lighthouse/Lightship Weekend, which takes place during the 3rd full weekend in August. This is a world-wide event coinciding with open days for many lighthouses, some with radio amateurs listed on the above site operating portable stations nearby. The club generally operates from the Macquarie Light in Vaucluse and also has operated from the Hornby Light at Sydney Harbour entrance. Macquarie Light is located on Old South Head Rd opposite the junction with Macquarie Rd. See calendar above for dates. Visitors are welcome to visit the light and see a ham station in operation.

There are photos of earlier weekends in our photo gallery 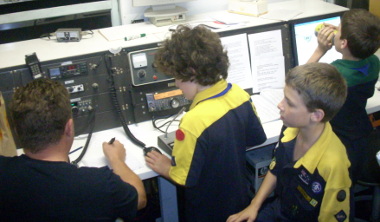 JOTA/JOTI - Jamboree of the Air/Internet

Each year on the 3rd full weekend in October, the Scouting movement holds a world-wide "Jamboree of the Air" and "Jamboree of the Internet" where amateur radio clubs provide the facilities for scout and guide groups to get on the air and contact each other.

The Waverley Society is host for scout groups from the surrounding district, with the clubroom usually open from the Saturday afternoon up to midnight. Scouts are given the opportunity to operate our internet and radio equipment to contact other groups and enjoy a variety of activities.

For further details on the event, which has provided our Society with a number of new members who have gone on to become licensed amateurs, please see the Scout web site for details of this year's event.

Pictures of the 2008 JOTA which made a contact with Richard, K5KWQ, on the International Space Station can be seen in our photo gallery, which includes the QSL card received later.

For a description of the 2001 JOTA which also contacted the International Space Station who used the callsign NA1SS, click here. 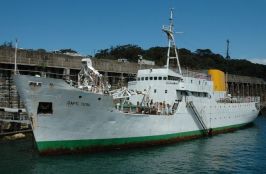 From time to time the club arranges visits to places of interest for our members and families, but these may occur at short notice to take advantage when an opportunity arises.

A visit has been made to the MV Cape Don (illustrated), an ex-lighthouse tender being restored in Sydney Harbour by a charitable organisation for humanitarian work. The club has lent the ship a working Marconi Apollo receiver to help restore her radio room to its original 1960s configuration.

Two visits have been made to the Kurrajong Radio Museum, a popular destination. This museum, which has been set up by Ian O'Toole, VK2ZIO, an enthusiastic collector, contains a huge range of radio and broadcasting exhibits, many of them working. Pictures of these locations can be seen in our photo gallery.

Our members often get together to visit other events of interest to amateurs. These include the annual Wyong Field Day and visits to other club events such as Historical Radio Society meetings and the ARNSW Trash & Treasure sales.