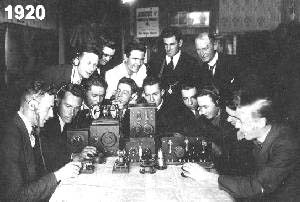 The society was founded in 1919 following the Great War and has been continually licensed since then. This page lists the archive material available.

The Waverley Society has quite a bit of documentation relating to the pre-WWII period. Part of it was obtained in 1985 when the Department of Communications, made available to us copies of all correspondence between it and the club going back to 1920. Another useful source was the address by the then president, Lionel Walters, to those attending the 21st Annual Re-union Dinner in 1940 (note that some of his facts disagree with the official files). Click on the entries below for some fascinating details of our early history (Use your BACK button to return here). 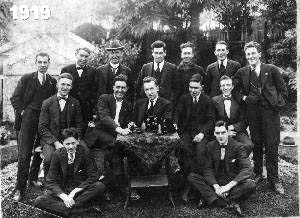